Umberto Eco: I Was Always Narrating

Interview with the late Italian novelist Umberto Eco, author behind the bestselling novel ‘The Name of the Rose’. With great warmth and humour Eco shares how he has always taken pleasure in telling stories, and how he came to write his first novel. Read more …

“I realised that even though I started writing novels at the age of 48, I was always narrating. Even my academic papers had the form of a narration.” Eco wrote poems when he was 16 – like every other 16-year-old boy: “Writing poetry and practising masturbation is a typical phenomenon of that age.” To Eco, the great difference between prose and poetry is that in poetry words come first whereas with prose the world – the image – forms the beginning and the language has to follow the story. His first novel ‘The Name of the Rose’ from 1980 (sold in approx. 14 million copies world-wide at the time of Eco’s death) arose when Eco had a full professorship, had published 50 books and was translated into several languages: “I was at the point in a life where you either – like Rimbaud – escape to Africa to sell guns, or you escape with a Cuban ballerina and abandon the family. Or you write a novel.”

“I need to know the number of steps in a staircase in order to make my character climb up.” When writing novels, Eco has always done many years of thorough research before commencing the actual writing, creating the ideal world for his characters: “It’s not the author who writes the novel. The author creates some starting points. Then the novel writes itself by itself.” The writer simply has to follow the logic of the characters.

Umberto Eco (1932-2016) is an Italian philosopher, semiotician, essayist, literary critic and author widely known for his bestselling novel ‘The Name of the Rose’ (Il nome della rosa) (1983). Among his other novels are ‘Foucault’s Pendulum’ (Il pendolo di Foucault) (1989), ‘The Island of the Day Before’ (L’isola del giorno prima) (1995), ‘Baudolino’ (2000) and ‘The Prague Cemetery’ (Il cimitero di Praga) (2010). He is the founder of the Department of Media Studies at the University of the Republic of San Marina, President of the Graduate School for the Study of the Humanities, University of Bologna, member of the Accademia dei Lincei and an Honorary Fellow of Kellogg College, University of Oxford. He divides his time between an apartment in Milan and a vacation house near Urbino, Italy – both residences have extensive libraries (30,000 volume and 20,000 volume). For more about him see: http://www.umbertoeco.com/en/

Umberto Eco was interviewed in his apartment in Milan by Tonny Vorm in May 2015. 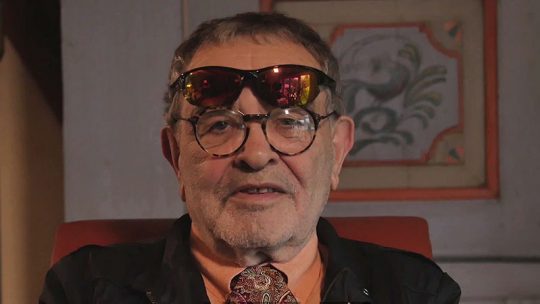 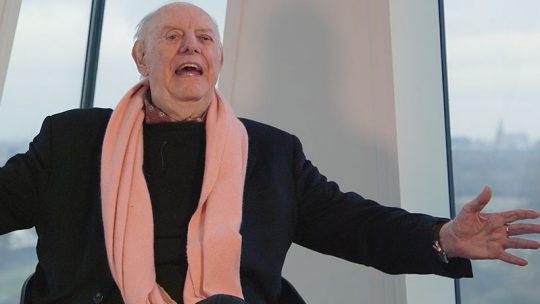 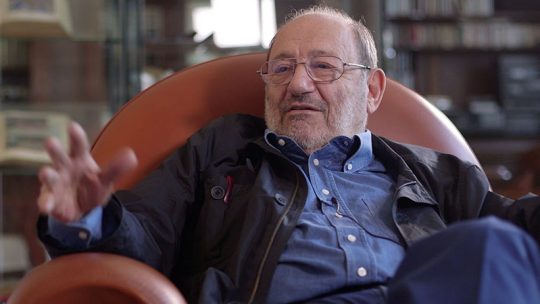