We visited the Nobel Prize laureate Tomas Tranströmer in Stockholm a few weeks before he passed away, in March 2015. This video with Tranströmer playing the piano to an earlier reading of his poem ‘Allegro’, became his last public appearance. Read more …

When we visited him, the poet offered to play a piece of music for the camera. In this video we hear the voice of Tomas Tranströmer reading ‘Allegro’, one of his most famous poems related to music. The poet played the piano ever since his adolescence, around the same time as he began writing poetry. Music plays an essential role in all his poetry.

Tranströmer received the Nobel Prize in 2011 “… because, through his condensed, translucent images, he gives us fresh access to reality”. Tranströmer’s work is closely connected to Nature, and this imagery runs through his poems like gaudy colours. His style is described as “original and sharply contoured metaphors, nature mysticism, musicality, strictness of form and natural diction.”

The poem ‘Allegro’ is from the collection ‘Den halvfärdiga himlen’ (‘The Half-Finished Heaven’), written in 1962:

“I play Haydn after a black day
and feel a simple warmth in my hands.

The keys are willing. Soft hammers strike.
The resonance green, lively and calm.

The music says freedom exists
and someone doesn’t pay the emperor tax.

I push down my hands in my Haydnpockets
and imitate a person looking on the world calmly.

I hoist the Haydnflag – it signifies:
“We don’t give in. But want peace.”

The music is a glass-house on the slope
where the stones fly, the stones roll.

And the stones roll right through
but each pane stays whole.”

Learn more about Tomas Tranströmer via these links:

The recording of ‘Allegro’ was done in the 1980s and is available on a cd published in 2002 by Bonnier Audio in Stockholm.

The photo of the young Tranströmer in the video is taken by Lutfi Özkök, probably in the 1950s when the poet published his first collection of poetry.

Christian Lund met Tomas Tranströmer at his home in Stockholm, Sweden in February 2015. 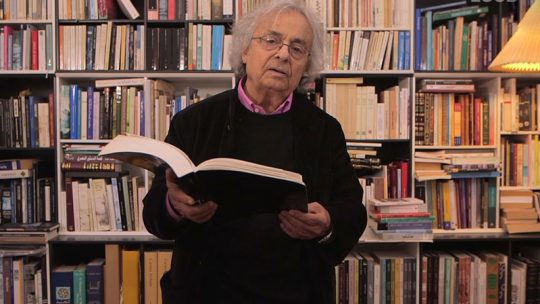 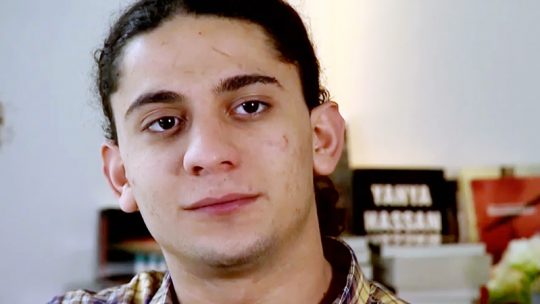 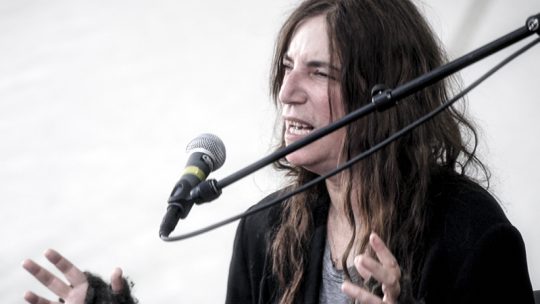