Steve Roggenbuck: A Poet From the Internet

“I don’t know if you should call these videos poetry or not, but they’re what happens when a poet starts making YouTube videos.” Meet Steve Roggenbuck, a young poet who has been compared to Walt Whitman and who sees social media as poetry.

“Save this stuff for your blog,” said Steve Roggenbuck’s graduate school professor when he used internet slang in a poem. Having a background as a musician and heavily invested in online media, Roggenbuck had been looking at blogs, YouTube and memes for inspiration. “A blog is potentially so much more powerful than all these literary journals you submit to – it just seemed really oblivious,” says the poet critically of traditional means of distribution. “It seemed clear that the establishment was so behind, that there was room to identify even harder as an internet poet and be the antithesis of the establishment.”

Roggenbuck’s most well-known work is his online poetry: tightly edited, layered videos of seemingly improvised poetry, music and images, which are uploaded to YouTube. The form, explains Roggenbuck, is akin to automatic writing and allows him to take risks: “I go into these voices, I start saying wacky stuff, I start yelling something … it’s uncensored … like I’m writing the first draft of a poem.”

The Internet poet also discusses his more traditional literary influences, particularly the formative experience of reading American poet Walt Whitman: “It woke me up, I saw everything anew, the weirdness of it all. Knowing he had that effect on me made it so that I knew I could have that effect on other people,” says Roggenbuck, who sees precedents for calling his idiosyncratic blend of media ‘poetry’ – for example in the Dadaist, Surrealist and visual poetry.

Steve Roggenbuck (b. 1987) is an American poet and vlogger most known for his videos, which are posted online and have been presented at places like the New Museum in New York, USA and the Rowing Gallery in London, UK. He has published six collections of writing and his work has been covered by medias like The New York Times, Gawker, The New Yorker, Rolling Stone and The Guardian.

Steve Roggenbuck was interviewed by Pejk Malinovski in connection to the Louisiana Literature festival at the Louisiana Museum of Modern Art in Denmark August 2016. 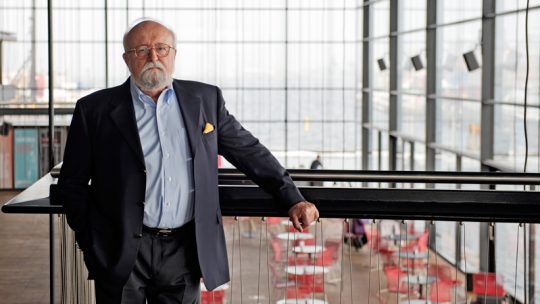