In this short interview Angolan artist Nástio Mosquito discusses his provocative video work, in which he through three blazing speeches addresses the legacy of the western logic of ownership and debt, not least regarding a construct like ‘Africa’. Read more …

“’Fuck Africa’ is to be expressed in Africa. I’m not saying ‘Fuck Africa’ to a German or a Dane or a Portuguese or an American… this content is for us in this context here to look at each other and say ‘this is fucked up man.’” Mosquito feels that it is necessary for people to question the values of their motherland, in this case ‘Mamma Africa’. The same goes for e.g. Danes who should also be able to exercise this self-reflection and say: “Fuck Denmark.”

Mosquito realized that he couldn’t control what people thought his intentions were with the text, poem and performance ‘Fuck Africa’. Consequently, he made ‘3 Continents’ (2010) to make his intentions crystal clear – “no matter what context you put it in” – and make Europeans, Americans and Africans alike question the construct they are so in love with and “what we are fighting so much to preserve all the time.”

Mosquito wants us to ask ourselves how the work affects us and consequently contemplate our own position: “If there’s any intention in the work, it’s that you participate by going through the ambiguity of being you, instead of always being the observer and being in this privileged situation where you judge what’s in front of you and qualify that as good or bad.”

Nástio Mosquito (b.1981) is an Angolan multimedia artist, who grew up in Portugal. Mosquito works in the intersections of performance, spoken word, video and music, and The Guardian has called him “the future star of the art world.” His preferred tool – and sharpest weapon – is his own voice, which he uses to investigate identity and political power. In 2014, Mosquito was named the joint winner of the International Future Generation Art Prize for artists under 35. He lives in Ghent, Belgium as well as in Luanda, Angola. For more see: http://nastiomosquito.com/

In the video, extracts are shown from ‘3 Continents’ (2010) by Nástio Mosquito, which consists of three speeches to three continents: Europe, the USA (North America) and Africa. The speeches are formal, but this formality is undermined by the location and the homemade world map behind the artist. ‘3 Continents’ relates to high politics, cynical decision-making and the western world’s general, privileged understanding of property and debt. The concluding speech about Africa stands out, consisting of one utterance: “Fuck Africa”. The work is exhibited at Louisiana Museum of Modern Art in Denmark.

Nástio Mosquito was interviewed by Christian Lund at Danish Art Workshops in Copenhagen, Denmark in March 2017.

“I have always pursued some kind of emotional truth.”

Nástio Mosquito: What are You Willing to Die for? 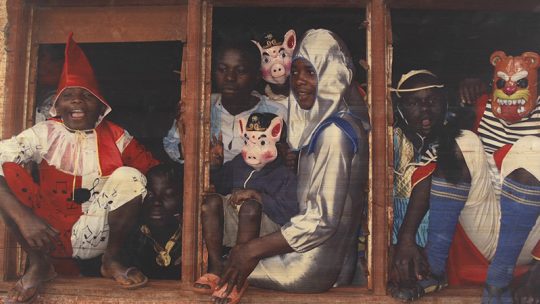 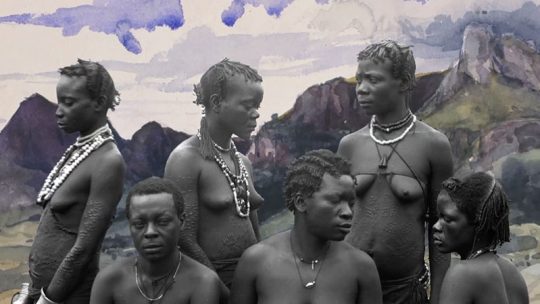 Sammy Baloji: The Past in Front of Us