Karl Ove Knausgård has enchanted the literary world with ‘My Struggle’, a novel of more than 3000 pages about his own life. Watch the star author discuss literature, writing and how his autobiographical style is closely connected to fiction. Read more …

“When you write you’re looking for something that’s hard to define … An outlet for saying something meaningful. A form that enables you to say something significant in all kinds of ways.” Karl Ove Knausgård, arguably one of the most important writers in Scandinavian literature right now, explains: “I didn’t find that form until I latched on to what has been called autofiction.” Clearly he struck a note. His magnum opus, the autofictional ‘My Struggle’, has been likened to Marcel Proust’s masterpiece ‘In Search of Lost Time’ and in Norway, a country of 5 million inhabitants, the books have sold over 450,000 copies.

However, Knausgård’s interest in the self is not theoretical. Rather, the form is a tool to describe aspects of the self – his own self included – of which he was unaware. He found this form only after having published two novels (‘Out of the World’, 1998 and ‘A Time for Everything’, 2004) and “It ignited a fire in me. It was almost like it was forbidden or dangerous.” Strangely, whilst being held as the main proponent of contemporary autobiographical writing, Knausgård himself says: “I think less of autofiction than anyone else.”
The self is a hugely generous source of writing for Knausgård precisely because it sits at the intersection of culture and interaction. Borderless, permeable, produced through interaction, “the self is saturated with all kinds of literary and cultural impulses, friends and family. There are no boundaries, just a voice and that voice can be close to your own identity or not. The literary voice isn’t. It enables you to offer fragments of your identity.”

Knausgård’s whirlwind epos ‘My Struggle’, as well as his other work, is saturated with detailed descriptions of objects and experiences unfold “a non-existent reality. You evoke it by writing or thinking about it. But it’s also truth, because you write about things that exist,” the author elucidates. This is the bleeding point between reality and art for Knausgård, where “every little dot opens up a world. A world that relates to other things and phenomena.”

In today’s relational and networked world, we are constantly bombarded by narratives and images: “It’s as if we have the whole world inside us … but the tactile sense of intimacy has gone,” observes Knausgård, who believes it is this extremity that make us long for things that can hold our attention. Literature can do just this; it pulls us in, goes deep into the self and is impossible to shut out. There is an intimacy to literature that isn’t found anywhere else. Literature, says Knausgård, “disintegrates and breaks down and isn’t as effective as visual impressions that enthral you. You always put yourself into literature.”

Karl Ove Knausgård (b. 1968) is a Norwegian author, internationally recognized for ‘My Struggle’, six novels spanning over 3,000 pages in which the author describes his own life, not least portraying his father who died of alcohol abuse, mixed with essayistic prose. He has received several literary prizes for ‘My Struggle’. His latest books are a four volume series following the seasons.

Karl Ove Knausgård was interviewed by Kasper Bech Dyg at the Louisiana Literature festival in Humlebæk, Denmark in August 2016. 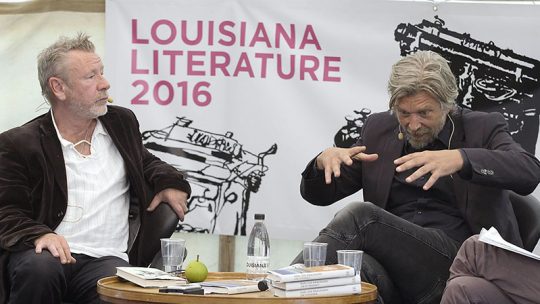 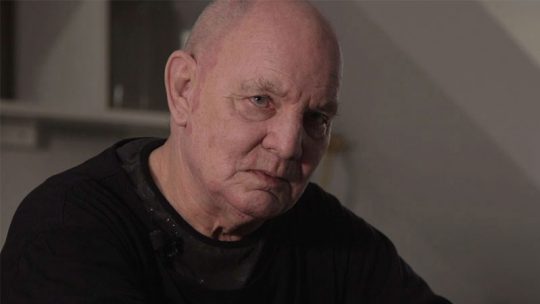