Juliana Spahr: Politics in a Poem

Spahr compares the role of poetry to the Greek ‘riot dog’: “It might be able to accompany you into the streets, but it does not reshape oppressive structures.” Poetry has an ability to contain and process certain events and moments, rather than influencing them: “What happens in the street enters into the poem, rather than the poem entering into the street.”

In connection to her poetry collection ‘Fuck You-Aloha-I Love You’, which is a comment on the frowned upon ‘747 poems’ about Hawaii, Spahr started taking ethnobotany classes and incorporated lists of useful plants and such into her poems. The point of this was to try to deal with the colonial way of portraying Hawaii by approaching nature through the point of view of the indigenous tradition rather than the colonial.

Similarly, when Spahr wrote ‘This Connection of Everyone With Lungs’ in the aftermath of 9/11, she was doing a hypnosis course, which enticed her to include a series of hypnotic metaphors when dealing with the political events in the world: “The poem is somewhat of a joke – like an attempt to induce a trance state that helps you to stop being a nationalist.”

Juliana Spahr (b. 1966) is an American poet, critic and editor. Spahr received the National Poetry Series Award for her first collection of poetry, ‘Response’ (1996). Among her other poetry collections are ‘Fuck You-Aloha-I Love You (2001), ‘Things of Each Possible Relation Hashing Against One Another (2003), ‘This Connection of Everyone With Lungs’ (2005), ‘Well Then There Now’ (2011). She is the recipient of the 2009 Hardison Poetry Prize awarded by the Folger Shakespeare Library to honour a U.S. poet whose art and teaching demonstrate a great imagination and daring. In addition to teaching and writing poetry, Spahr is also an active editor.

During the video Juliana Spahr reads excerpts from ‘Fuck You-Aloha-I Love You’ (2001) and ‘This Connection of Everyone With Lungs.’ (2005).

Juliana Spahr was interviewed by Danish poet Mette Moestrup at the Louisiana Museum of Modern Art in 2014. 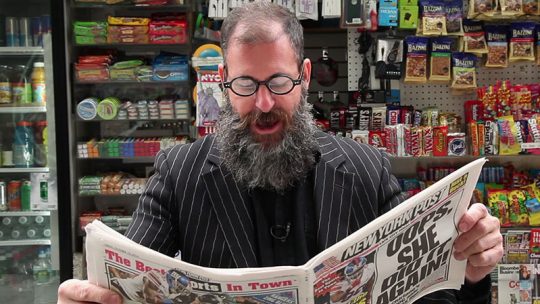 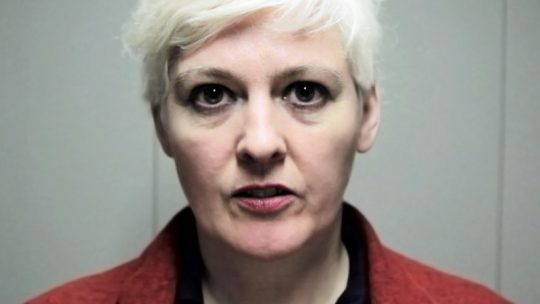 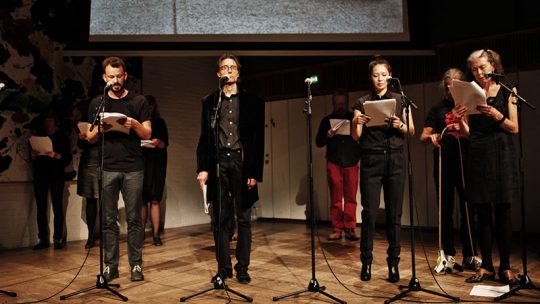