Homer, Mickey, Batman! Joyce Pensato – known for her unique, prize-winning work inspired by cartoon and comic book characters – here advises young artists to keep at it, love what they’re doing and, most importantly, “show your work, get it out there!” Read more …

“Don’t be so harsh with yourself with criticism from others.” Pensato passes advice along from a former art teacher, who encouraged her not to wait before showing her work, because nothing is going to happen if you just keep your work to yourself: “Be in the throes of everything. It’s part of the process.”

Joyce Pensato (b. 1941) is an American Brooklyn-born-raised-and-based artist. She paints large-scale likenesses of cartoon characters and comic-book heroes, using a technique, which results in alternately humorous and sinister imagery. Characters such as Batman, The Simpsons, South Park and Mickey Mouse are situated in troubling psychological states and indeterminate spaces and painted almost exclusively in black and white enamel. Solo exhibitions include Kunstraum Innsbruck, Petzel Gallery in New York City and Santa Monica Museum of Art. Her work is in the permanent collections of the Museum of Modern Art in New York City, San Francisco Museum of Modern Art, the Hammer Museum in Los Angeles, the Dallas Museum of Art, St. Louis Art Museum and the FRAC des Pays de la Loire. Pensato has won numerous awards including the Award of Merit Medal for Painting (2012), the Pollock-Krasner Foundation Award (1997) and the Guggenheim Fellowship (1996).

Joyce Pensato was interviewed by Roxanne Bagheshirin Lærkesen at her studio in Brooklyn, New York City in July 2017.

Images shown in the video: Courtesy of the artist and Petzel, New York. 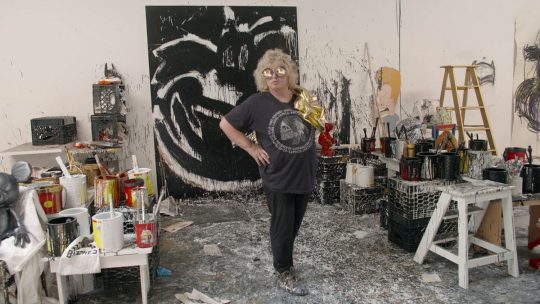 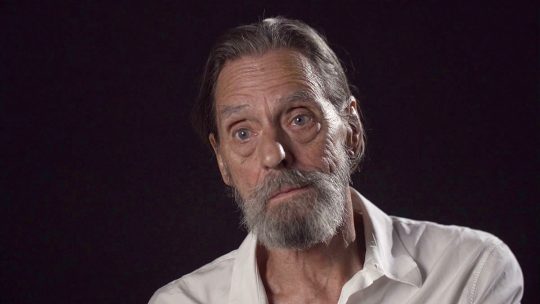 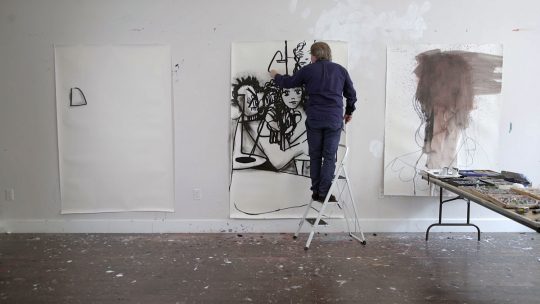