John Giorno
A Visit to the Poet

“Poems are instruments of wisdom."

“Poetry never dies. You can’t kill poetry.” We called on John Giorno – one of the most influential figures in contemporary performance poetry – in his legendary home on the Bowery in New York, to talk about the innate freedom and possibilities of poetry. Read more …

For five decades John Giorno has lived on 222 Bowery in New York City, in one of the city’s first YMCA’s dating back to the 1880s. On the top floor, Andy Warhol’s film ‘Sleep’, starring John Giorno, was first shown to filmmaker Jonas Mekas, who put it on the cover of the magazine Film Culture in 1963. The address was also the home of the legendary writer and drug addict William S. Burroughs (1914-1997) – famous not least for his automatic writing in books like ‘Naked Lunch’.

Giorno did not start writing in the style of the dominant The New York School of Poets such as John Ashbery and Frank O’Hara, who had a “style of writing complicated sentences that had a whole ideology.” Writing in his own style gave Giorno a lot of freedom: “Everything I did was self-generated energy, relatively successful and I went on for sixty years…” He soon began his production company Giorno Poetry Systems, which had the purpose of connecting poetry to new audiences by means of innovative technologies, and also doing away with the notion that poetry was “pathetic and boring.” In 1967 Giorno organized the first Dial-A-Poem-event, where short poems by various contemporary poets were available on the telephone. In the many innovative projects connected to Giorno Poetry Systems, he also got to work with artists such as William S. Burroughs, Brion Gysin and Laurie Anderson, trying out a multitude of different artistic expressions: “After fifty years I had done everything I thought I could do.”

As a poet, Giorno writes, but as a performer he works more from the principles of a singer. For decades, he has melted poetry and painting – “I’m a poet with my words making pictures” – and he feels that whereas poetry was seventy-five years behind painting and sculpture for a long time, in the last fifty years, it has had a golden age: “Poetry is in the process of changing its skin.”

“Poems are instruments of wisdom. It awakens something in one’s mind.” When he performs, people have an enormous emotional response, which Giorno feels is because his words allow them to see themselves: “That same thing happens to me, when I read a good poem – something lights up in my heart.” In continuation of this, Giorno is a Nyingma Tibetan: “Being a Buddhist is a meditation practice, and that has to do with training of the mind, and training of the mind was also these things happening to the mind. It affected my poetry, I think – understanding the empty nature of mind.”

At the end of this video, Giorno guides us around ‘The Bunker’. Burroughs lived in the apartment between 1975-82 and Giorno was delighted to host his friend and colleague in the windowless basement. Giorno has used ‘The Bunker’ as a guest room for visiting friends and today everything has been restored and kept like it was when Burroughs lived there: the target poster, the typewriter, the gun magazines, the water tank, the BB gun, the Orgone-box (invented by psychoanalyst William Reich) and the desk all set for someone to sit down and write.

John Giorno (b. 1936) is an American poet and one of the most influential figures in contemporary performance poetry with his intensely rhythmic and philosophical poetry. He has published a wide range of poetic works such as the collection ‘You Got to Burn to Shine’, spoken words with William S. Burroughs and Laurie Anderson. In 1962, Giorno was the subject of Andy Warhol’s 6-hour movie ‘Sleep’. In 1967 he organized the first Dial-A-Poem event, where short poems by various contemporary poets were available of the telephone. Giorno has also created Giorno Poetry Systems, which has published more than 40 spoken LPs with acclaimed artists such as Allen Ginsberg, Laurie Anderson and Patti Smith. In 2009 Giorno published ‘Subduing Demons in America: Selected Poems 1962-2007’. In 2015 he was the subject of a major retrospective ‘I Love John Giorno’ by Giorno’s husband, the acclaimed Swiss artist Ugo Rondinone at Palais de Tokyo in Paris, and in various venues throughout Manhattan in 2017, in celebration of the poet’s 80th birthday. Giorno’s work is included in the collections of prominent venues such as the Museum of Modern Art in New York, Centre Georges Pompidou and Musée National d´Art Moderne in Paris and Queensland Art Gallery/Gallery of Modern Art in Brisbane.

John Giorno was interviewed by Christian Lund in New York City in October 2017.

Photos shown in the video: 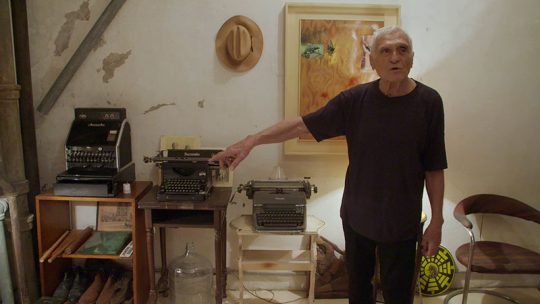 “William Burroughs was a brilliant transcendent writer, but he was more brilliant here.” 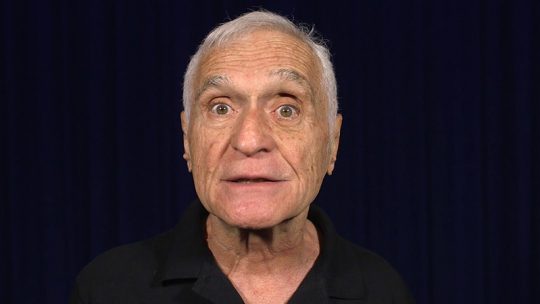 John Giorno: Poets are Mirrors of the Mind 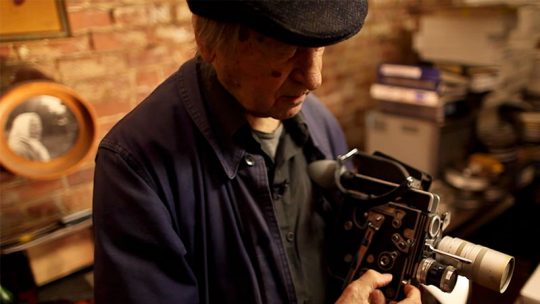 The Story of Jonas Mekas 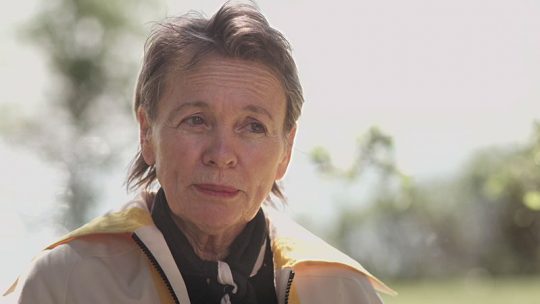 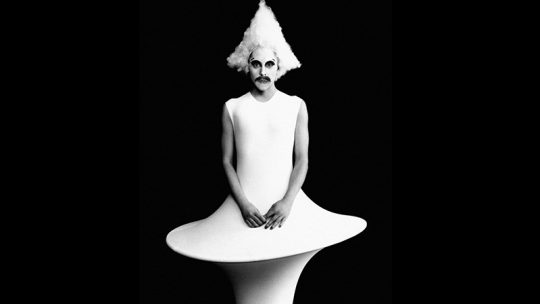