Joan Jonas is considered a pioneer of video and performance art. The legendary American artist here offers insight into the creation and themes – such as feminism and environmental changes – of a selection of her intriguing video installations. Read more …

“My work is all about layering, because I think that’s the way our brains function.” Jonas argues that we always see and think of several things concurrently: “We see one picture and there’s another picture on top of it. And so I think in a way my work represents that way of seeing the world – putting things together in order to say something.” When Jonas started incorporating video into her performances in 1970, this presented new technical possibilities as she could not only do everything herself, but was also able to show different aspects simultaneously. Furthermore, it provided her with new ways of exploring the notion of “female imagery” in the prime of the feminist movement: “Women were kind of bursting out of their seams.”

“I always performed in relation to the frame of the camera – what the camera saw.” Jonas, who has often incorporated mirrors into her work, compares the immediate feedback of the video monitor to a sort of “on-going mirror.” This, she argues, fascinated artists when they first started using video cameras: “It evoked an extreme form of narcissism. And that’s another thing that disturbs people – narcissism. So I explored that aspect of our relation to mirrors through narcissism.”

Joan Jonas (b. 1936) is an American artist, who works with combinations of video, performance, installation, sculpture and drawing, often collaborating with musicians and dancers. Her cutting-edge ‘Mirror Pieces’ (late 1960’s) featured performers carrying mirrors on stage, slowly rotating them and thus transforming the audience into an image on glass. Jonas has had a number of solo exhibitions at prominent venues including Stedelijk Museum in Amsterdam, MoMA in New York, Tate Modern in London and Museo Nacional Centro de Arte Reina Sofia in Madrid. Moreover, she has been represented in dOCUMENTA in Kassel, Germany, six times since 1972. Among numerous honours and awards, Jonas is the recipient of a ‘Lifetime Achievement Award’ from the Solomon R. Guggenheim Museum (2009). She lives and works in New York and Nova Scotia, Canada. For more about her see: http://joanjonasvenice2015.com

Joan Jonas was interviewed by Kasper Bech Dyg at Malmö Konsthall in Sweden in November 2015 in connection to her exhibition ‘Light Time Tales’. 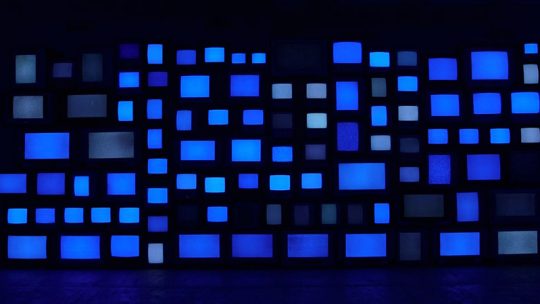 Susan Hiller: Stories from the Other Side 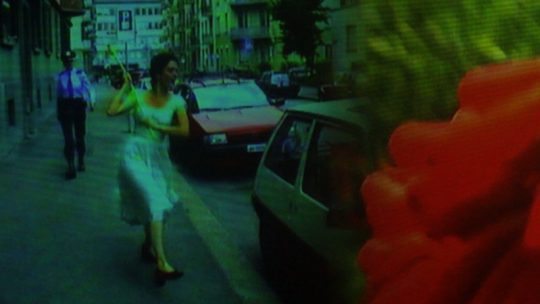