“The idea of an ‘artist’s book’ is ridiculous. Then don’t call it a book. Then it’s a piece of art.” In this extensive interview from her studio, Irma Boom shows us a selection of her unique books and shares the story of why she became a book designer. Read more …

“I’m a designer – not an artist.” Boom initially wanted to be a painter, but after three years at art school she came to the conclusion that she simply wasn’t good enough. When a teacher introduced her to different types of book designs, everything seemed to come together: “I realized that I need a question.” What triggers her is having a concept and an idea – and the limitations that come with this: “The content almost decides what kind of book it should be.”

“I cannot handle if somebody tells me what to do.” Boom prefers not to read briefs, as she feels that it delimits what the design should look like: “I always try to escape what they’ve told me.” Among her first designs were two Dutch postage stamp yearbooks for the Dutch Postal and Telecommunications Service in 1987 and 1988. The books received negative criticism when they were first published – “people in the book business are very conservative” – but ultimately ended up winning several awards because the designs challenged popular notions of what a stamp compilation book should look like.

In a time where most things can be designed on a computer, Boom makes books from models, which she considers to be a huge advantage: “A book is basically turning the pages, so you have to make a model. And that’s how I make a book.” Staring at a screen does not help you to come up with the idea of making e.g. a book with holes. Moreover, though she prefers to refer to what has already been done, she always “revamps it to this time.”

Irma Boom (b. 1960) is a Dutch graphic designer, who specializes in book making and is widely acclaimed for their iconoclastic beauty. Boom introduced the idea of a ‘fat book’ (overtly thick book) and has made more than 300 books, 100 of which are in the permanent collection of MoMA in New York. The 2,136 page commemorative ‘SHV Think Book’ (1996) – which was anti-chronological and also devoid of page numbers and index – became her international breakthrough. Boom’s design for the book ‘Weaving as Metaphor’ by American artist Sheila Hicks (2006) received the ‘The Most Beautiful Book in the World’ award at the Leipzig Book Fair. Boom’s many clients include the Rijksmuseum in Amsterdam, Chanel, Ferrari and Camper. Her work has received numerous awards, and she is the youngest person to have been honoured with a Gutenberg Prize in 2001. Since 1992 she has been a teacher at Yale University in the U.S. For more about her see: http://www.irmaboom.nl/

Irma Boom was interviewed by Christian Lund at her home and studio – Irma Boom Office – in Amsterdam, the Netherlands in 2014. 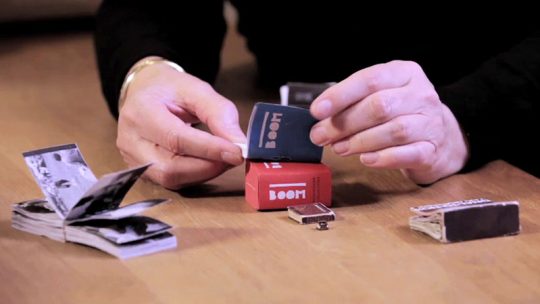 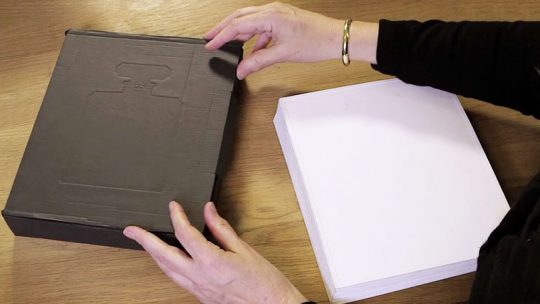 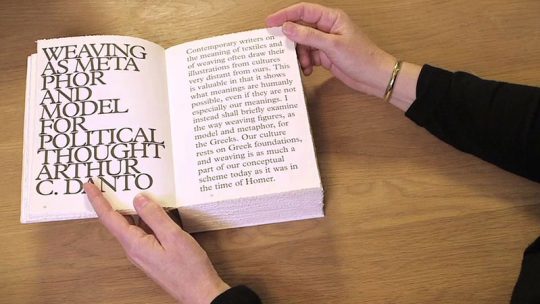