Join us on an aesthetically invigorating tour through an old 4,320 square metre water reservoir, which was turned into a stirring installation of light, water and music. Meet the unconventional artist behind it, Ingvar Cronhammar.
Read more …

The effect of the columns of light and falling water combined with the many echoes is almost maze-like, which Cronhammar chose to enhance by placing a grid on the passages of the floor. At the same time, there is also a clear sense of order in the installation. In fact, Cronhammar claims that he is excessively detail oriented and was dismayed when he saw the first stages of the installation. Seeing the outcome of the work, however, moved him to the point of tears: “I had that feeling that … it means something.”

“I have the fundamental belief that art begins where language stops.” Cronhammar does not care much for the theoretical approach to art and feels that it is up to the audience themselves to create and take something from the installation. Moreover, he is very pleased by the fact that in the exhibition all the modern technology – and “fucking circus-like” tendencies – are put on pause, as it is not even possible to send a text in the underground space.

Ingvar Cronhammar (b.1947) is a Danish-Swedish artist. He is particularly noted for his monumental ‘Elia’ sculpture (2001) and is represented at several prominent Danish art museums. His breakthrough work is ‘The Gate’ (1998) – a giant lights installation, which leaves an illustration of a gloomy machine room with e.g. turbines and the skull of a whale. Cronhammar has received prestigious awards and a lifelong grant from the Danish Arts Foundation. For more about him see (in Danish): http://www.cronhammar.dk/

Ingvar Cronhammar was interviewed by Roxanne Bagheshirin Lærkesen in connection to his exhibition ‘H’ at the Cisterns in Copenhagen, Denmark in November 2015. The exhibition was based at an old underground water reservoir, which was drained 33 years ago and re-filled with water throughout March-November 2015. The music, which is part of the installation, was by Danish composer Martin Hall: http://www.martinhall.com/ 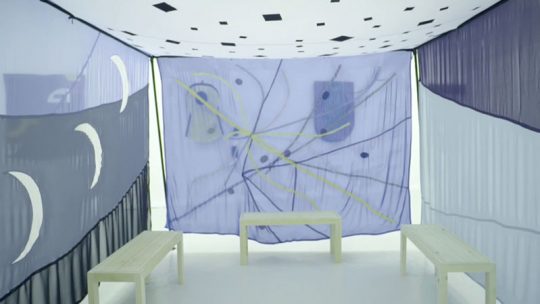 Yvette Brackman: A Sense of Togetherness 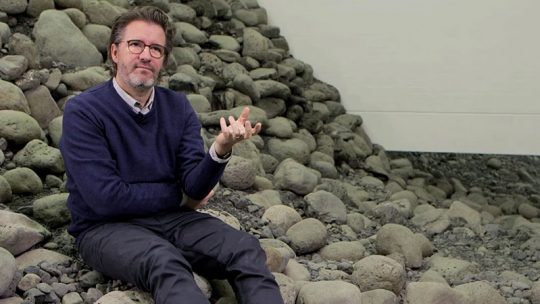 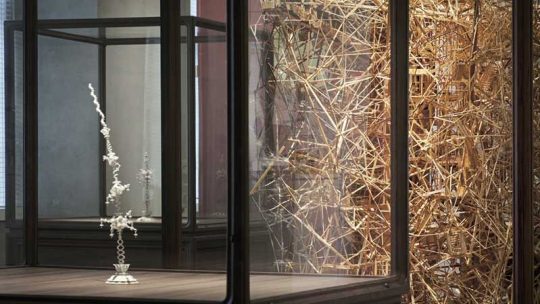