“Men in our society are obsessed with their cocks. From the age of 12 to the age of whatever… they believe their cocks are them.”

“The urge to create and the urge to copulate are very close.” Watch the iconic feminist writer Erica Jong speak candidly of being fuelled creatively by desire, her experiences as a female writer and what she has come to realize about men. Read more …

The main character in Jong’s controversial novel ‘Fear of Flying’ (1973), Isadora Wing, is driven by the wish to become a great writer: “… and for a woman that’s an ambition that in the 1960s was laughed at.” At the same time, Wing also nurtures the strong desire to find the right partner, which leads her not to the love of her life, but to a man who helps her come to an important self-realization: “Often in our lives, we meet people who are pivotal. They may not become our partners forever, but they’re pivotal in that they push us to discover more about ourselves.”

“Sexuality and creativity are very allied.” Love is an inspirational thing, but also very fleeting – like creativity. Jong finds that she writes more when she is in love and lists several artists who were also very driven by their sexuality – and who consequently also made awful mistakes: “We’re very confused, creative people, but as we get older, we get less confused.” In connection to this, Jong comments that as you get older and have children, grandchildren etc., it gets easier to tackle “the human condition”, where we aim for monogamy but often fail: “Anything that takes your focus from yourself makes life better.”

Jong believes that men would be much happier if they stopped obsessing over their genitals: “Men in our society are obsessed with their cocks. From the age of 12 to the age of whatever… they believe their cocks are them.” She then goes on to share her feelings about a very important man in her life – her husband. The couple met in their mid-forties, at a point in their lives when they were both “very scared and quite cynical”: “I wouldn’t want to live my life without him.”

Erica Jong (b. 1942) is an American novelist, essayist and poet. She has published more than 25 works of both fiction and non-fiction, but is most known for her 1973 novel ‘Fear of Flying’ which has been translated into more than 40 languages and sold over 27 million copies. The novel was considered controversial due to its portrayal of female sexuality linked to second-wave feminism. In 2015 Jong published the sequel to her debut, ‘Fear of Dying’.

Erica Jong was interviewed by Pejk Malinovski in connection with the Louisiana Literature festival in Denmark, August 2016. 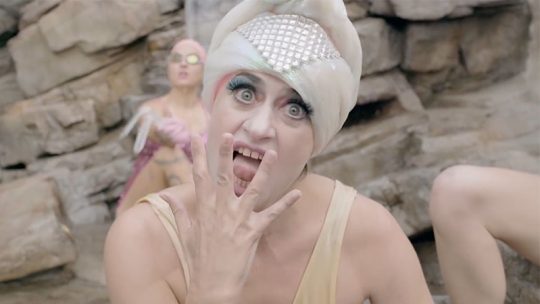 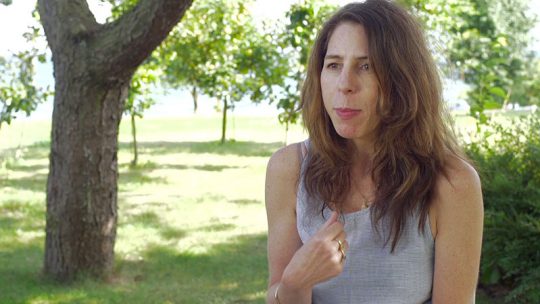 Rachel Kushner: On Art and Gender