“New York was the absolute centre of the art world. We were like Australia.” Ed Ruscha, the quintessential Los Angeles artist, remembers L.A. in the 1950s: a dusty outback of the establishment. Hear about the city that continues to fascinate him. Read more …

The L.A. Ed Ruscha moved to in the late 1950s was far from the centre of culture we know today. A city still in development, there was no established art scene. “There was maybe four or five galleries whereas in New York there were four of five hundred,” Ruscha remembers. But Los Angeles, with its sunny weather and bustling streets, remains an inspiration to Ruscha: “The fascination of this city has never really left me.”

Ed Ruscha (b. 1937) is an American painter, drawer, photographer and filmmaker. Considered a central figure in post-war American art, his work has been the subject of retrospective New York, Washington, D.C., London, Paris, and Munich and was elected to the American Academy of Arts and Letters in 2001.

Ed Ruscha was interviewed by Marc-Christoph Wagner at his studio in Los Angeles, USA in January 2016. 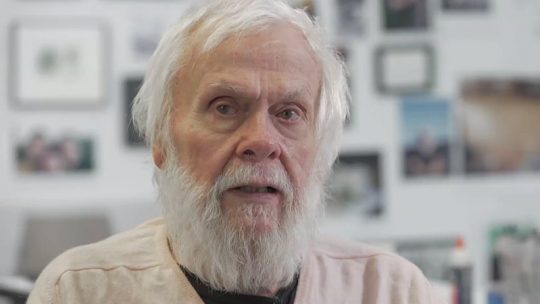 John Baldessari: Art is who I am