“I was interested in draining its texture, colour and life and just exploring the single essence – this pulsing of information; this speed of light that’s moving through it.” Aitken wanted to create a living system from a sculpture. The traditional public payphone – a ‘dead’ object – is thus turned upside down and made into an almost bodily work that represents “a sense of dialogue and connection.”

Doug Aitken was interviewed by Christian Lund at Peder Lund Gallery in Oslo, Norway in January 2016 in connection to his exhibition ‘Twilight’. 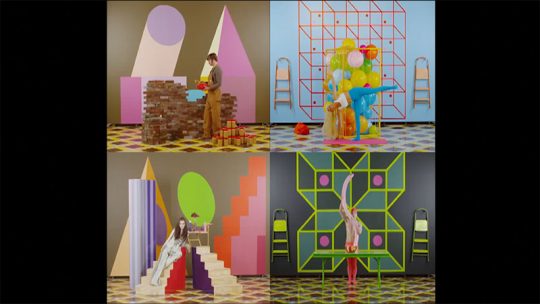