“To reflect the present in a new way is to me one of the goals of creating things.” The iconic artist and filmmaker Doug Aitken here discusses the unique and valuable time we’re living in now, which forces us to innovate how we work – and survive.
Read more …

“The way we absorb information and experience is so radically different than in decades in the past.” The present-day ‘information landscape’ is fascinating to Aitken, who sees many possibilities in the organic space versus the digital space: “It opens up a landscape, which is much more non-linear… the idea of the straight story becomes increasingly broken, and things are fragmented.” He furthermore considers this new landscape to be polyphonic – where many different things happen at once on many different mediums: “Each of us are authoring our own film in real-time.” This, Aitken feels, allows us to “explore narratives and storytelling in ways that are unique, and to understand the complexity of what’s around us in ways that are very different than the straight story that we’ve often grown up with.” Our responsibility then, is to “address this condition that we’re living in… to create questions but also to create tools and different perspectives and different outlooks.”

Doug Aitken was interviewed by Christian Lund at Peder Lund Gallery in Oslo, Norway in January 2016 in connection to his exhibition ‘Twilight’. 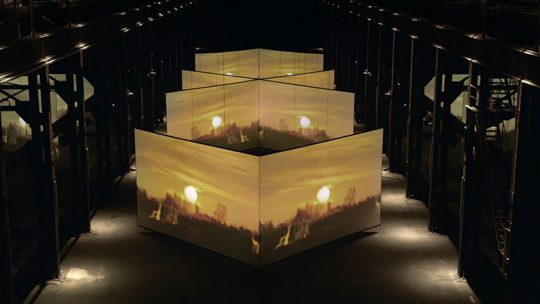 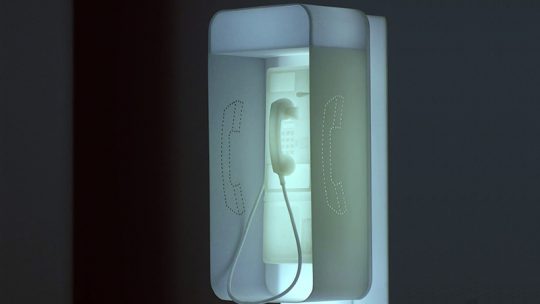