“You have to be upfront about where you’re coming from as an artist.”

Watch the praised artist Bunny Rogers (b. 1990) talk about creating autobiographical work that draws from memory and deals with her childhood by archiving her feelings from that time: “You can’t make objective art, it’s going to be subjective.” Read more …

“I feel like I’ve revealed something private when I’m the most specific about my feelings. So rather than trying to talk about something broad in a broad way, you can talk about something broad in a hyper-specific way.” From an early age, Rogers made digital artwork specifically for the Internet and liked playing the virtual pets games ‘Neopets’. Her current website (www.meryn.ru) resembles a personal homepage from the late 1990s or early 2000s: “It kind of represents the website I wish I could have made when I was younger.” Because it was still the early days of the internet, Rogers had a feeling that she was doing something that she shouldn’t be doing, and that she was escaping into a different world: “But now the different world doesn’t offer the escape that it once did.” Popular platforms like Facebook, Twitter and Instagram are still connected to you: “It could potentially be more artificial than characters I was trying to fill out when I was a child.”

Rogers’ artwork deals with memory and refers to the teenage culture she grew up with. An example of this being the short-lived MTV animation series Clone High, which inspired her animated work ‘Mandy’s Piano Solo in Columbine Cafeteria’ (2016). However, she doesn’t think that that what she’s doing is particularly nostalgic, but rather a way of not forgetting how she felt as a child and teenager: “I think I’ve gotten over things but then I realise I haven’t or they’ve just changed, I’ve just changed perspective or something. It’s like the content keeps coming up, but I’m approaching it in different ways because I get older.” On several occasions, she has held funerals for her past self, one of these times being with the work ‘Sister Unn’s’ (2011-12) where an abandoned florist’s was locked for six months and the inside turned into a mausoleum with withered and frozen dyed-black roses: “I remember thinking, I’ve finally said what I wanted to say on mourning youth and the sexuality of children, especially female children.”

Bunny Rogers (b. 1990) is an American visual artist, poet and performer. In the form of poetry, websites, installations, videos and sculptures, she deals with teenage fears and fantasies, existential angst, loss and memory. Her references a highly specific, from young-adult fiction and early 2000s cartoons, like Clone High, to autobiographical events and violent media spectacles, such as the 1999 Columbine High School shooting. Rogers posts all of her art and poems on her blog at http://www.meryn.ru and on Tumblr at http://cunny4.tumblr.com. She graduated from Parsons, New York in 2012 and is a MFA graduate from The Royal Institute of Art in Stockholm, Sweden (2017). Rogers has held exhibitions at several prominent venues, including Société in Berlin, Queens Museum and Whitney Museum of Modern Art in New York.

Bunny Rogers was interviewed by Roxanne Bagheshirin Lærkesen in connection with the exhibition ‘Being There’ at the Louisiana Museum of Modern Art in Denmark in October 2017.

Images shown in the video: 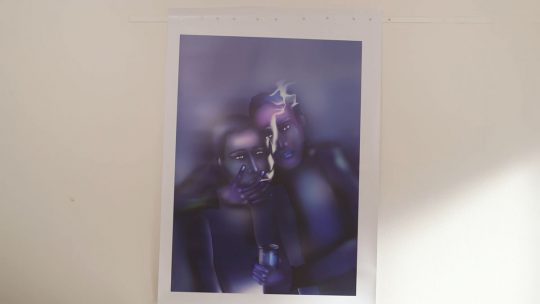 “If on the walls you see nothing, I have a lot of material that is on this screen.”

Louisa Gagliardi
Longing for Something Else 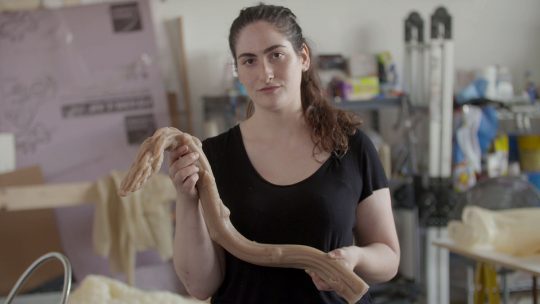 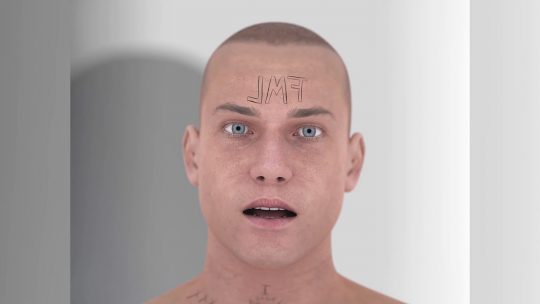 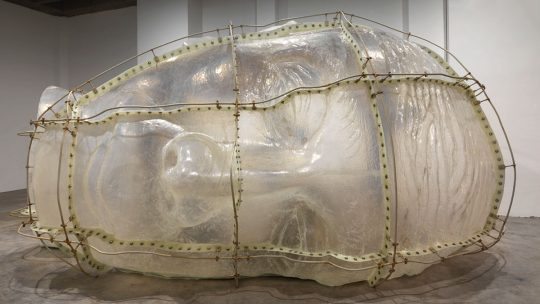 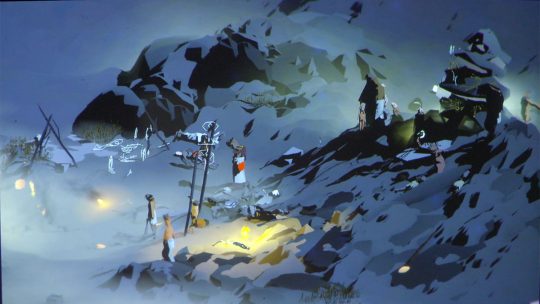