Meet the extolled German artist, Anselm Kiefer, who lives for the process of creating, argues that history is a moldable material, considers art a spiritual occupation and refers to himself as a “dinosaur”. Read more …

Art is a spiritual occupation, capturing a form of contact that science can’t: “It makes a connection between things that are separated,” Kiefer argues. In his mind, his works should continually evolve and be fluid. The process of creating is of utmost importance to him, as it is the process rather than the end that has his interest, and what’s between the paintings rather than in them. “I am a dinosaur – I paint myself,” he comments.

Kiefer argues that history is a material, which is moldable like argil, and in this way becomes less horrific as it is possible to reform it. “History shows that humankind has a wrong construction in their head… it’s badly done,” he continues, half-jokingly remarking that if an airplane had such a construction, it would fall down all the time. He, however, does not consider it his job as an artist to express a certain attitude towards history: “I just show it like I see it.”

Anselm Kiefer (born 1945) is a German painter and sculptor. His works incorporate materials such as straw, ash, clay, lead and shellac. Spirituality and history are important themes in Kiefer’s works, which frequently address and seek to process taboo and often dark, controversial issues from recent history, such as the horrors of the Holocaust. Kiefer, whose style is often linked to ‘New Symbolism’, lives and works primarily in Paris, France and in Alcáder do Sal, Portugal.

Anselm Kiefer was interviewed by Tim Marlow at Louisiana Museum of Modern Art in 2010. 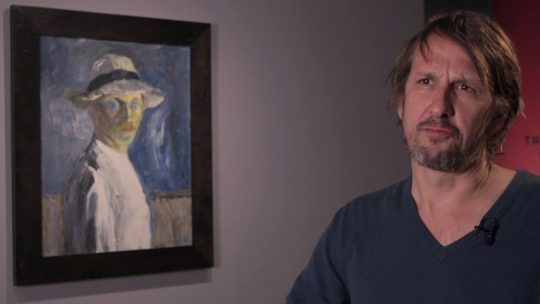 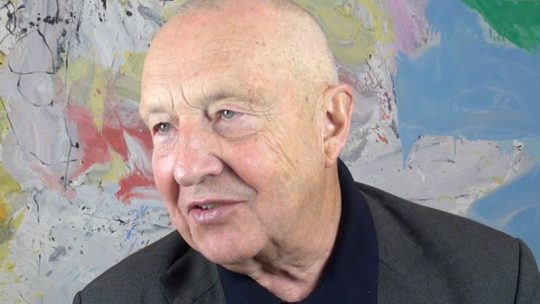 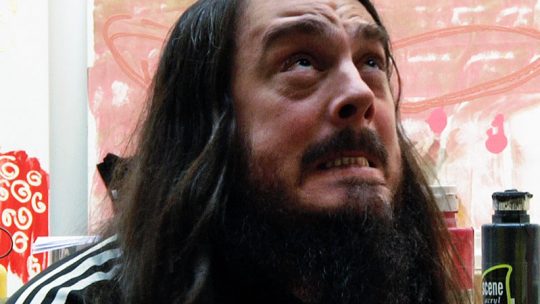