How does a young designer interact with a masterpiece of a building? Danish artist Anders Ruhwald takes us on a tour of his comic twisted ceramic installations in the Art Deco masterpiece ‘Saarinen House’ in Cranbrook, USA. Read more …

Designed in the late 1920s, Saarinen House is Finnish architect Eliel Saarinen’s Art Deco house, which served as a home and studio for him and his wife Loja Saarinen from 1930 through 1950. The extraordinary interior features the Saarinen’s original furnishings, including Eliel’s delicately-veneered furniture and Loja’s sumptuous textiles, as well as early furniture designs by their son Eero Saarinen.

In his ceramic installations, Ruhwald (b. 1974) has attempted to align himself and his thinking with the history of the house, he explains. Ruhwald’s work is an investigation into the nature of Scandinavian Modernism and the overlapping fields of art, craft and design. In Saarinen House Ruhwald has played around with subjects such as future, past, relationships and differences, investigating various ideas on object making through history, including ”the potential to dream about the future.”

The Saarinen House was the home and creation of Finnish architect Gottlieb Eliel Saarinen (1873-1950), who emigrated to the US with his wife Loja (1879-1968) and their son Eero (1910-1961) in 1923. In 1925 Eliel Saarinen was asked to design the campus of Cranbrook Educational Community (Michigan) intended as an American equivalent to the Bauhaus. Saarinen taught there and became president of the Cranbrook Academy of Art in 1932. Loja Saarinen became the Academy’s first head of the Weaving Departmen. Eero Saarinen worked with his father, mother and sister designing elements of the Cranbrook campus and is now considered one of the masters of American 20th-century architecture. 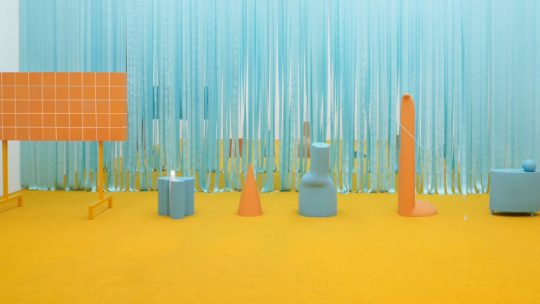 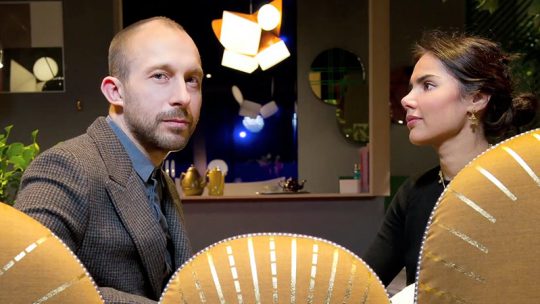