A K Dolven: Looking for Balance

Join us for a visit in A K Dolven’s studio in London, where we talked to the Norwegian artist about her inspirations and a selection of her diverse artwork: “Art is not about the painting itself. It’s about the world outside the painting.” Read more …

Dolven works with diverse techniques such as sculpturing, writing, drawing, painting and film, but finds that there is a common thread to all: “I see all the works deal with how to find balance in the world we’re living in. Both politically and personally.” Moreover, she likes art’s ability to lead one in several directions: “The centre of an artwork is a meeting between the work and the onlooker, and that can be anywhere… It’s like if you read a book and that sentence might change something, what you do next. Art is part of that kind of language, and it’s wonderful that it can cross borders and age.”

The Norwegian artist prefers to “work with the edge of something – like in life.” In line with this, puberty – the beauty that lies in new beginnings – is a theme that she revisits in her work: “Life for me has been very much in chapters… And now I feel it’s a new chapter, so it’s a new puberty.” In working with the theme of puberty, she has been inspired by Edvard Munch’s painting ‘Puberty’ (1894-1895), which also gave way to Dolven’s ‘puberty’ (2000) – a video work featuring a young naked girl sitting alone on a bed, listening to her favourite music through a headset: “It was also very beautiful to do that work because Edvard Munch is very much on your shoulder as a Norwegian artist.”

A K Dolven (b. 1953) is a Norwegian artist, who is particularly noted for her painting and video art. Dolven has exhibited at prominent venues such as Moderna Museet in Stockholm, Philadelphia Museum of Art, South London Gallery and Henie Onstad Kunstsenter in Høvikodden, Norway. In 2000 she was awarded the German Fred-Thieler Prize, and the Swedish Prince Eugen Medal in 2005. She lives and works in London, England and Lofoten, Norway. For more about her see: http://www.akdolven.com/

A K Dolven was interviewed by Roxanne Bagheshirin Lærkesen in her studio in London, England in January 2016. In the video she discusses a selection of her works. 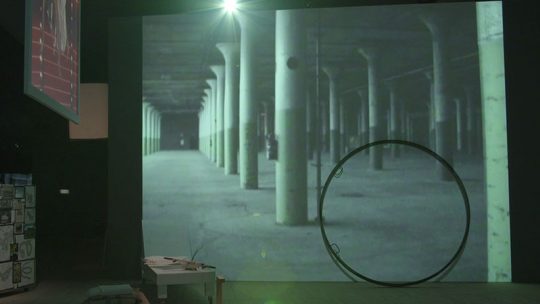 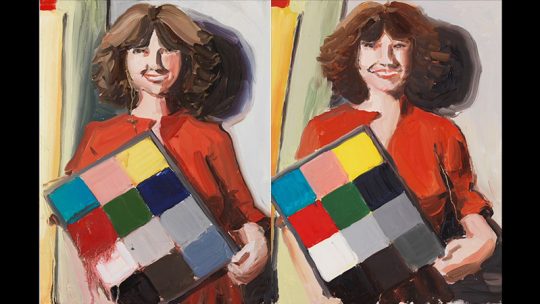 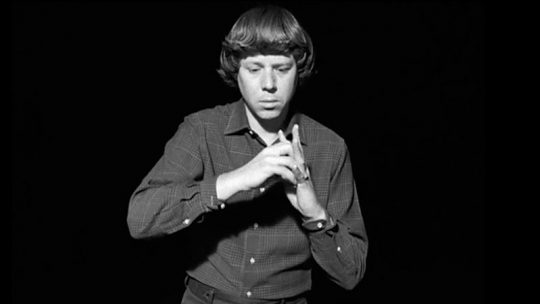